Legacy Installer (included in 4MLinux 13.1 and later) makes it possible to install 4MLinux on older computers (128 MB of RAM should be enough).

Note:
Before starting Legacy Installer, you must make sure that 4MLinux live CD (or live USB) is the only installation medium attached to your computer. 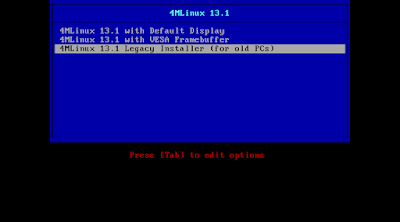 2) The 4MLinux installation script will be started for you. 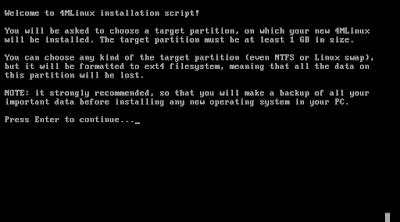 Note:
Refer to this guide to learn in details how to run this script.

3) If needed, it is possible to reboot/restart Legacy Installer by executing the "exit" command. 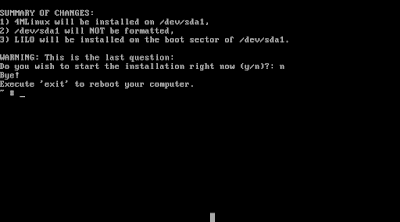 4) When the installation is over, you can boot 4MLinux from your hard disk drive. 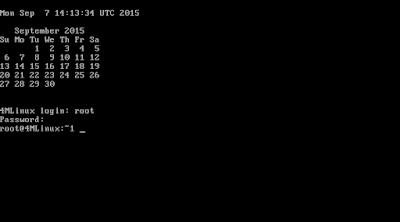 Note:
Read this post, if you do not know how to log in into your new 4MLinux.

5) After logging in, you can execute "startx" to try to enter the X Window System: 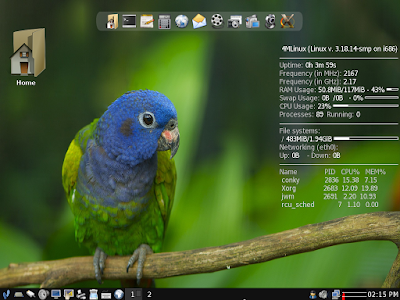 6) Let's have a look at Conky. 4MLinux is now running happily on the machine with 117 MB of RAM in total. 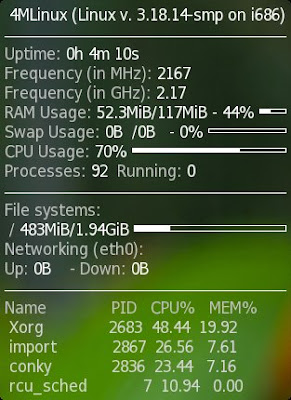 Notes:
The Linux kernel in 4MLinux has PAE support enabled by default, meaning that you must have at least Pentium PRO (introduced 20 years ago!) or newer CPU.
Keep in mind that 4MLinux can be successfully installed on modern machines offering them full 3D support for the newest video cards. Additionally, PAE support is also important for those who want to setup the 4MLinux LAMP Server.

Note:
This post describes the features, which are available in 4MLinux 17.0 and later.

1) This is the screen, which you can see when you start 4MLinux for the first time: 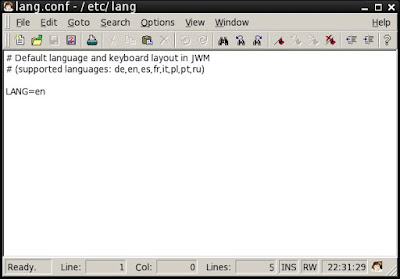 Note:
It is very important for you to setup your language now. Otherwise 4MLinux will be "speaking" English only. This also means that it will be downloading/installing an English version of all optional software (Chromium, Firefox, LibreOffice, ...).

2) It is also a good idea to setup your keyboard layout and local time now: 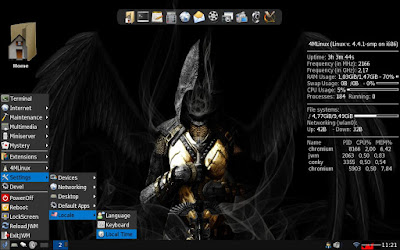 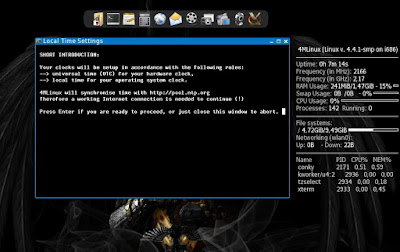 Note:
Follow this guide if you need to configure your Internet connection.

3) This is how the 4MLinux Desktop may look like: 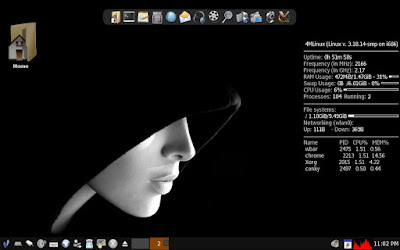 Note:
JWM is the default window manager in 4MLinux, but the background image is controlled by the feh utility (image viewer).

4) You can change your wallpaper in two clicks: 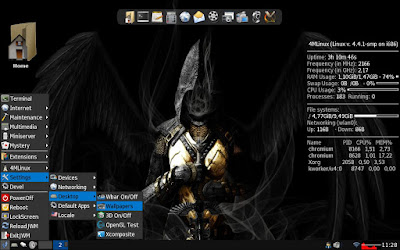 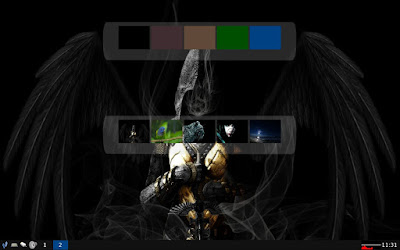 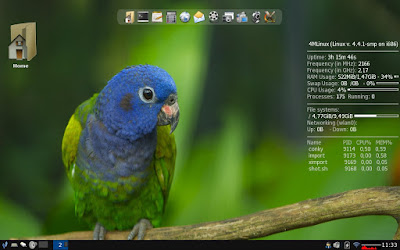 Note:
You can use your own JPG image as a wallpaper. Just rename the image to bg.jpg, place it in the root directory, and restart JWM.

5) Let's totally change the way in which the 4MLinux Desktop works. We can do it just in one click (on the IdeskON/OFF icon): 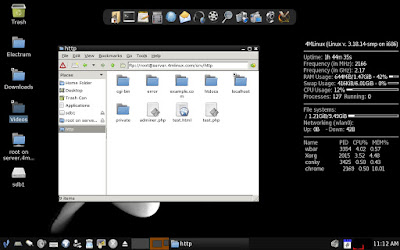 Note:
Idesk (Home) icon has been removed and PCManFM has been started, taking over the control of the wallpaper and the desktop icons.


6) Are you going to watch high quality videos and/or play video games? If so, you should enable dedicated display drivers: 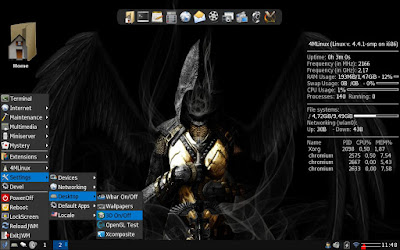 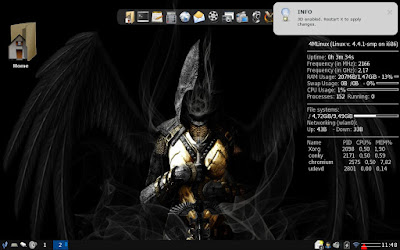 Note:
Read this post to learn how to modify advanced X.Org settings in 4MLinux. Alternatively, you can install AMD and NVIDIA proprietary drivers. They can be downloaded from the 4MLinux website.

7) 4MLinux will warn you if some additional drivers are needed to start a program. You can use the zk command (the 4MLinux package manager) to install the missing item: 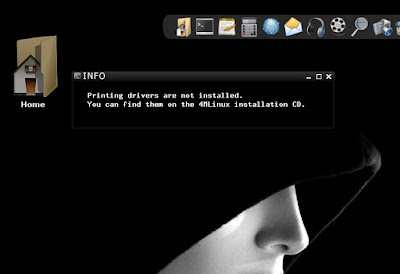 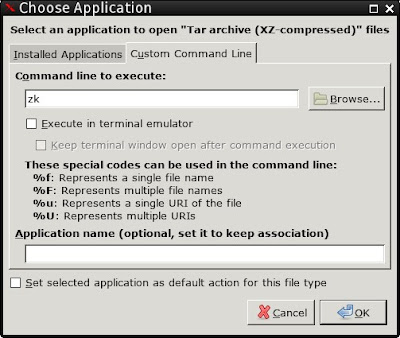 8) And finally, customize 4MLinux to meet your needs. A huge collection of so called downloadable extensions is available from the Extensions Menu: 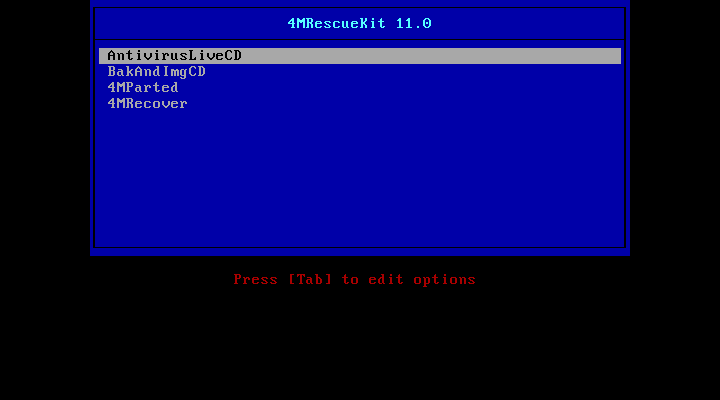 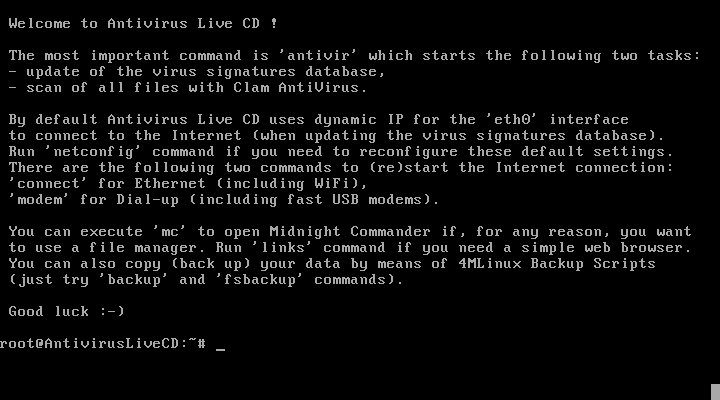 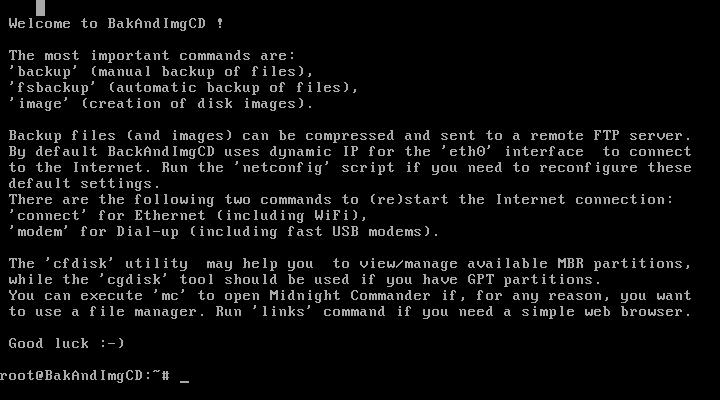 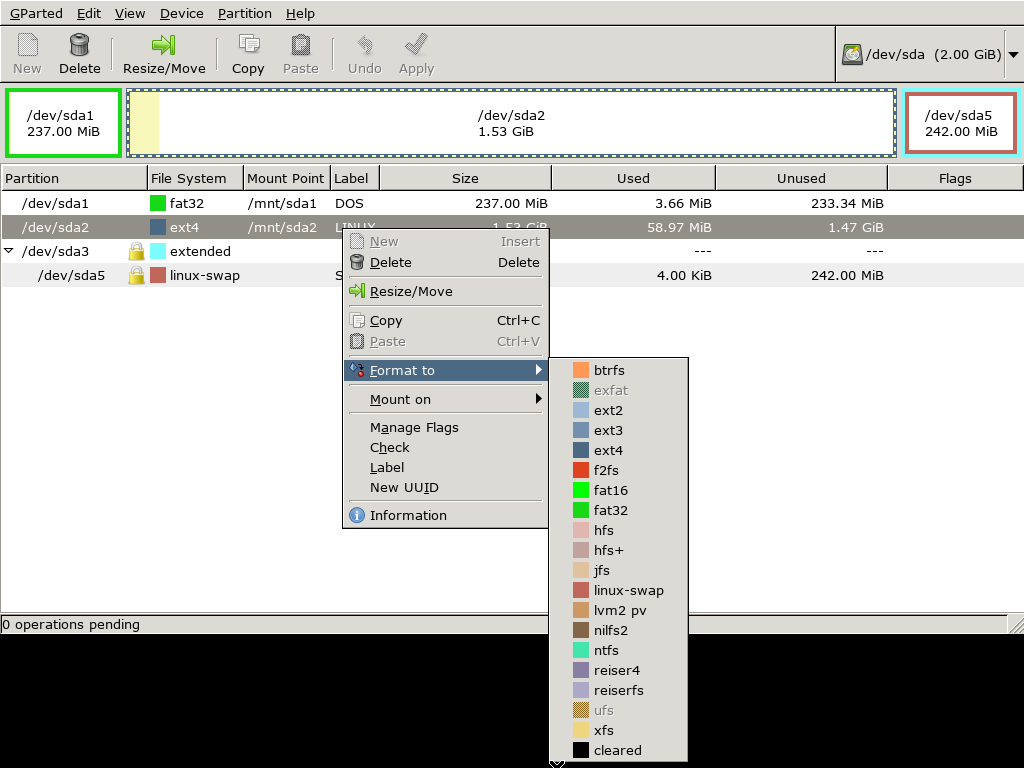 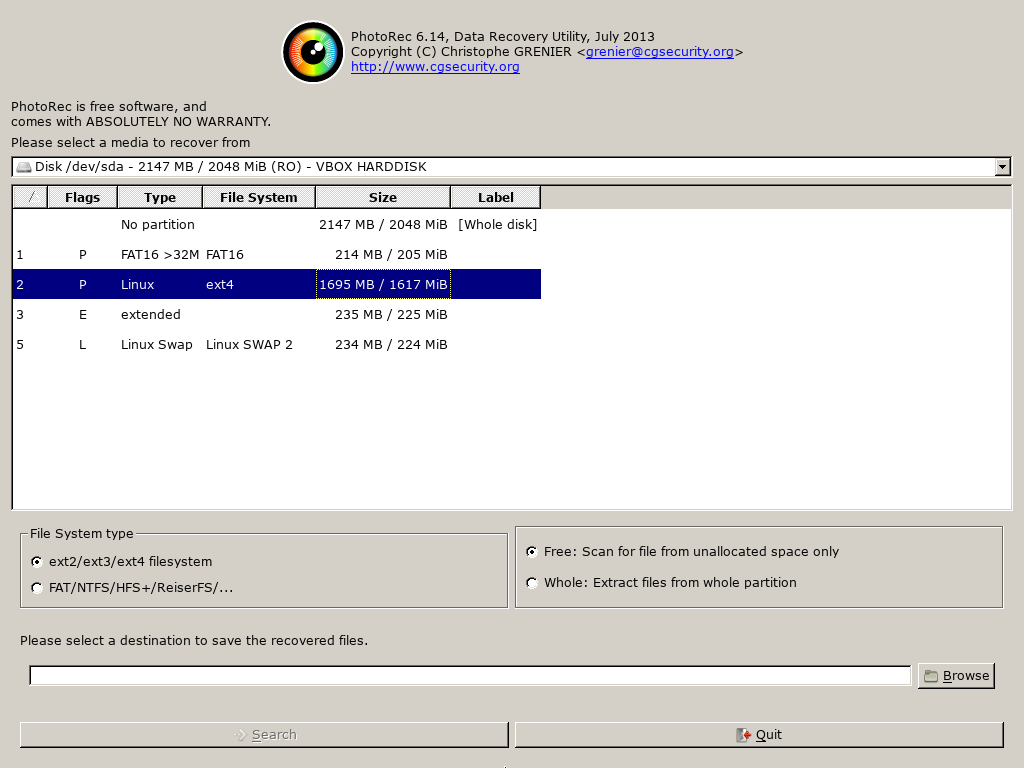